What's the Xhosa Word for Drama?

Last term I started drama club at Chintsa East. This isn’t as easy as it sounds. For several weeks I tramped up to drama to discover, a few, (if any) children. When I asked one child whether they would prefer drama or sports, they said “sports!”

My light bulb moment came in the form of our friend and local hero lovely Phumla Pakamile. Her xhosa translations proved the catalyst to explaining... what drama actually is! The children hadn't understood it properly before. This is something that I had taken for granted, being from the UK and having studied Drama and Theatre at the University of Kent...I just didn't think that the children wouldn't know what it was yet.

One focal point of my degree was applied theatre, an umbrella term for drama practice with participants in different environments and social contexts which I thought would really apply with the kids from Chintsa.

Improvising, drama games and songs kicked off our fun Friday afternoons. Children learnt the fun of acting out different scenarios using their imaginations. They became very involved in their characters, and enjoyed making everyone laugh with some comedic lines.

The drama club naturally reached a point when they were ready to start a play. We held a vote on the genre of our play, and it was unanimously agreed that we should choose a comedy. Auditions were held a week later, but not before we had fun at some pretend auditions. This was a fun introduction for the children, who had no idea what to expect at auditions.

THE GINGERBREAD GIRL. A story which takes place after the gingerbread man has destroyed the village of Chintsa. With characters like Bo Peep, Mary and some clumsy policemen... we definitely have a comedy on our hands.

We rehearsed for weeks with the drama club, which wasn't without its challenges! Late and dishevelled actors, lost scripts, not to mention some character swaps along the way.

Miriam, one of our German teaching volunteers from Nuremberg University has been a fantastic help at drama rehearsals and took on the role of policeman no. 3 for the play. Her energy and attitude was brilliant for the students to bounce off. Thanks Miriam!

A Trip to the Venue

The Friday before the performance was scheduled we painted the set and made the last elements of our costumes. We then went on an adventure to Tea in the Trees Forest Theatre where the play was to be held. It was a long walk, but the children were really well behaved and looking forward to seeing the stage. We sung a lot of songs along the way, before having a picnic on the beach and played some ball games before we walked the last leg of our journey to Tea in the Trees. Everyone was very excited by the time we arrived, and took to the stage with enthusiasm. We did a run through of the play, which went smoothly. Only 2 days until we leave our scripts behind and perform in front of everybody!

The Gingerbread Girl was performed on 27th March at the Tea in the Tress Forest Theatre who are always looking for live entertainment (especially family friendly fun!) - the evening was fantastic! There was tons of local support, the young actors and actresses from the Drama Club were really excited and performed amazingly well - no prompting necessary! The audience was in fits of giggles as the gingerbread man wreaked havoc on the residents of Chintsa East and then fell in love with the magical gingerbread girl. What an experience to share with the children of Chintsa. 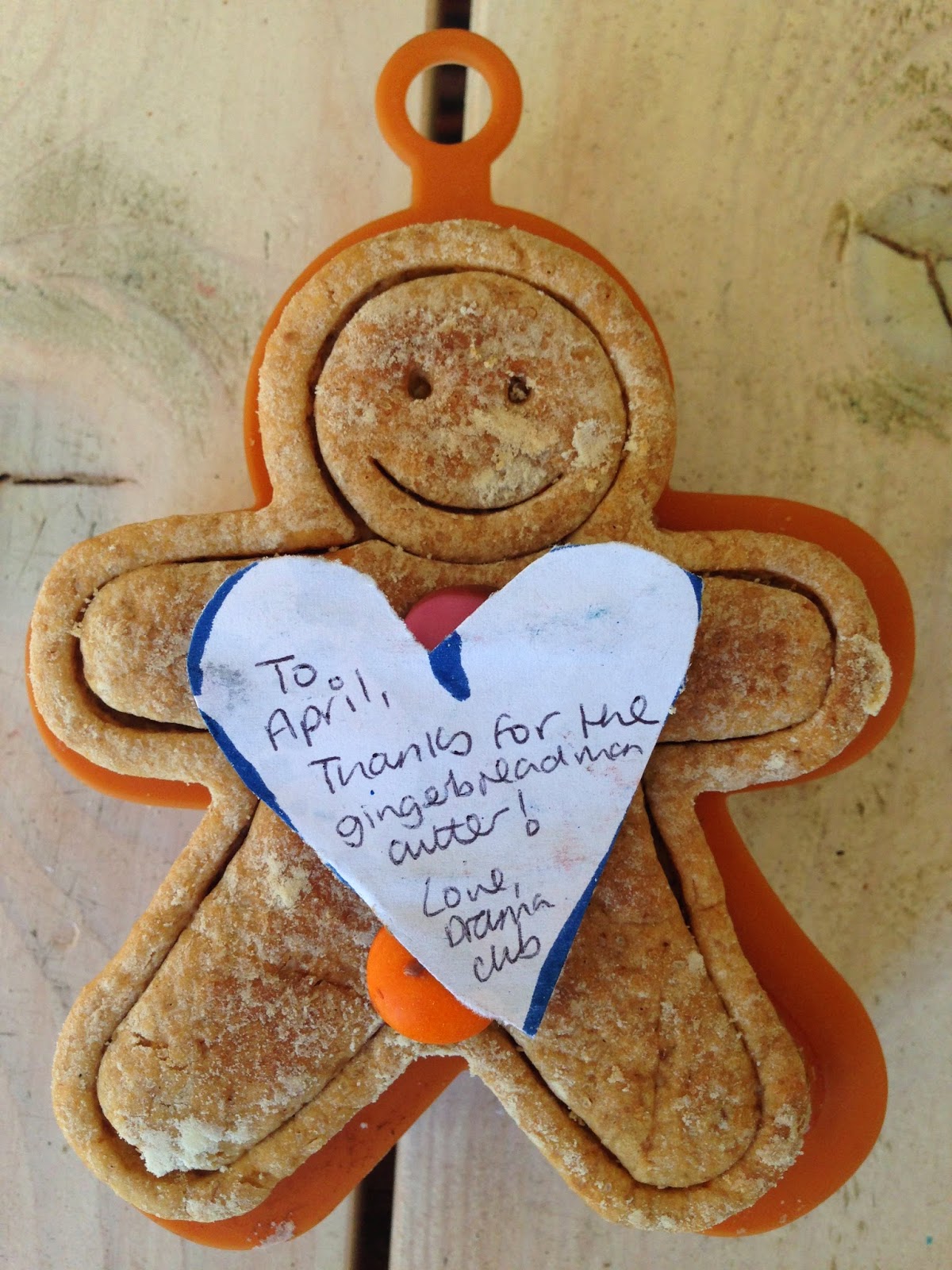 We celebrated the end of the performance in true Xhosa style with some traditional songs and dance, and some of the songs that we sang while walking together the previous week. Then all of my little helpers got the treat of a gingerbread man and a certificate to say well done :)

The play was a great journey for a lot of our cast, who have never experienced any drama before. Anelisa is naturally a quiet student and in our drama rehearsals I watched her become a confident performer. Never afraid to get stuck in and lead a game, and the first student to learn her lines! Each of the children has developed in their own way and gained a little of what they needed from the experience. Drama is great medium to practise speaking English and public speaking. Characterisation has also been a revelation to several of our learners - especially Siphelele who played policeman no. 1 and take his role as the law abiding policeman very seriously.

Andrew, the new VA32 Wild Coast Schools and Pre-Schools co-ordinator is going to continue drama club next term with the help of Nuremburg volunteer Miriam - I'm so sad to be leaving the club when we've just got going but can't wait to see what they get up to next year!

A huge thanks to everyone involved in the play - from all of the children, to Phumla and Miriam who supported the club the whole way along and even performed! To Laura, Kate, Nadine, Kate at Tea in the Trees and everyone else who did their bit to make this work! It was a ball! Thank you :)

Find out more about the VA32 Wild Coast Schools Project and how to get involved and bring your experience and enthusiasm to the lives of children in rural South Africa: www.volunteerafrica.co.za
Posted by Volunteer Africa Blog at 4:44 pm