With the end of the school year in sight, the kids at Bulugha Farm School have been pressing to wrap up their final projects. In this last term, the kids have had their technological horizons broadened with the introduction of a totally new kind of program. While the majority of the year has been focused on the essential Microsoft Office programs, the introduction of Wondershare Video Editor was a welcome change of pace.

The idea was to produce a “mini documentary” to tie in the year’s animal theme. Each student had written a few sentences about their chosen animal. After recording themselves reading their sentences, they were shown how to string together clips of themselves with clips of their animal. Next came the basic assembly, the intro/outro pages were placed, special effects were thrown in, and background music to top it off.

Read more »
Posted by Volunteer Africa Blog at 10:00 am 4 comments: 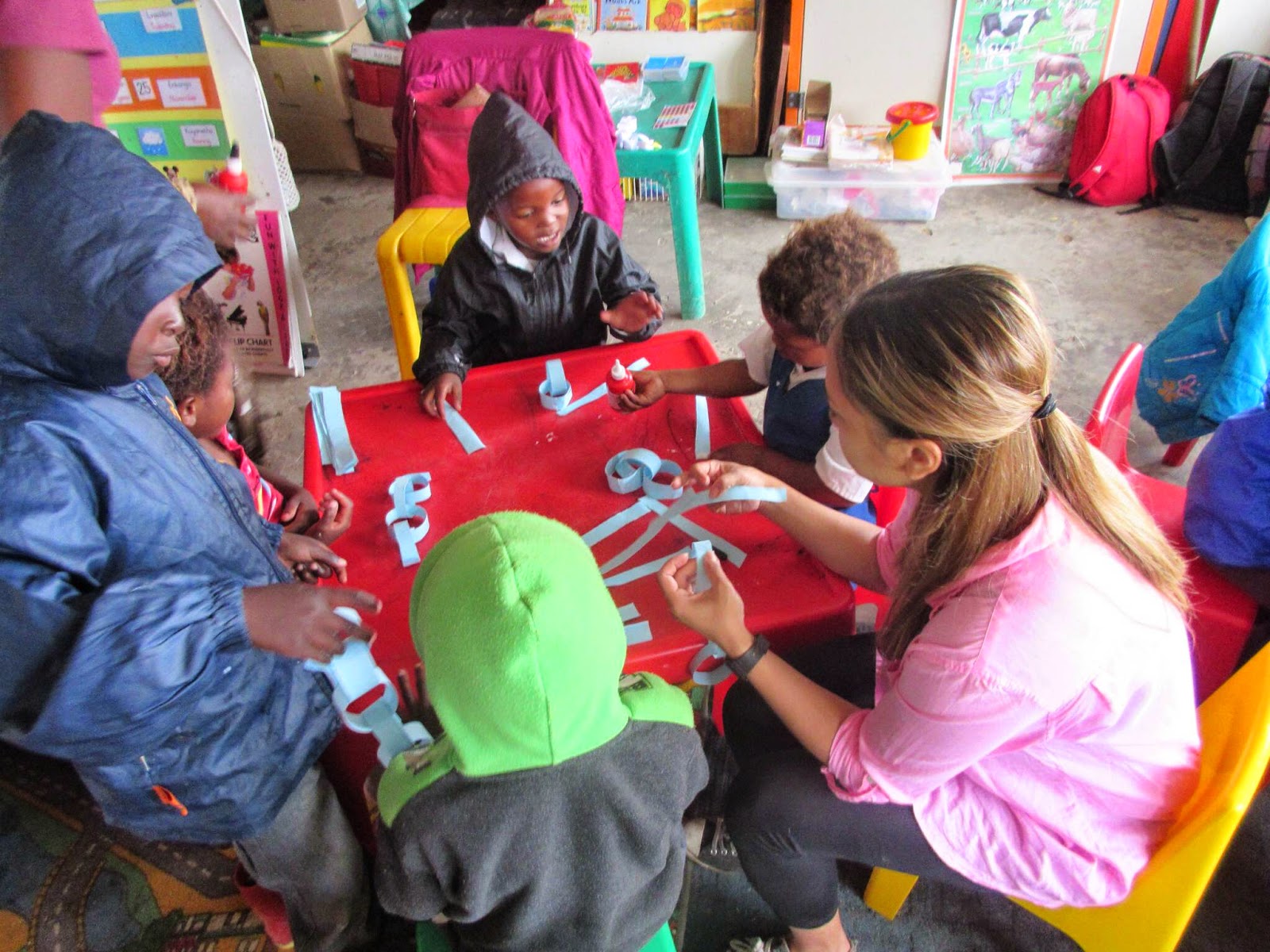 My name is Tracy Rocero. I'm from Toronto, Canada and the reason why I wanted to volunteer at first was to make a difference in my life and change the life of others. That soon changed and made a huge impact on me when I first stepped into the the preschool in Chintsa.

When I first started out in the classroom I was very nervous but excited to know that I'd be doing something that I know how to do on a day to day basis (I am a teacher in Canada). Then, realizing I'm entering not just a classroom but a community - that was all new to me.