The latest addition to the Volunteer Africa project base addresses a very real threat to South Africa’s conservation efforts and the world’s population of rhino. In the two articles which preceded this one I explained how the rhino is facing extinction in South Africa due to poachers and what you can do to help fight this problem.


In this final article VA32 offers an opportunity to be physically involved in conservation work which supports the efforts of anti-poaching organisations in South Africa. This opportunity is a break-away from what has become the norm in volunteer programs and puts the onus on the volunteer to continue their work and raise awareness of the plight of the rhino after leaving the physical aspect of the project in South Africa.

Save the Rhino: what can be done and how you can do your bit...

Last week we published an article The Iconic Rhino Faces Extinction in South Africa, about the plight of the rhino and the dangers facing this beautiful creature which is such an icon of Africa. This week I wanted to share with you what is being done in this country to tackle the situation and what you can do to do your bit.


Anti-Poaching Agencies and Organisaitons are attempting to:
Read more »
Posted by Volunteer Africa Blog at 11:53 am No comments:

It's the start of the Summer Season here in Chintsa and our first group of International Student Volunteers arrived early in December. These groups of volunteers join us for 2 weeks and work on high impact projects in the Chintsa community.

The first group of the year had a huge challenge with 11 volunteers and only 2 weeks to get the new Chintsa creche prepared for school to begin in the new term and ensure that it is ready to be handed over to the village by the 7th Jan 2013!

The creche was started by last seasons ISV volunteer groups, the "shell" was in place and it was the responsibility of this group to try to complete the inside of the creche building, and the fencing around the creche.
Read more »
Posted by Volunteer Africa Blog at 11:06 am No comments:

We've been traveling around for almost 1 and a half months right now and during 2 weeks of this time we spent some lovely time in Chintsa. We started off our trip in Africa in Namibia and the capital Windhoek and moved south into South Africa. When we found ourselves in Cape Town we decided that we wanted to use the BazBus Hop-on-Hop-off ticket and when looking through our alternatives on their website we saw that they offered a package deal, which included a certain amount of week volunteering. This had been something that we had been very interested in already before and were therefore very intrigued when we discovered this option. So we bought ourselves a BazBus volunteering package and head off along the coast to experience the lovely Garden Route before reaching Chintsa where we would volunteer in schools. 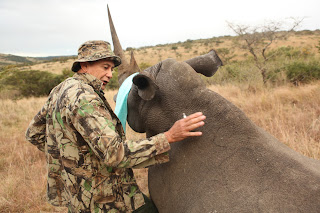 Read more »
Posted by Volunteer Africa Blog at 9:00 am No comments:

Volunteer co-ordinator Katie asked last seasons ISV Group Volunteers to put together a list of top tips for this seasons volunteers...we've picked out the 15 best tips to share with you!


To see photos of the ISV Groups' experience in Chintsa (and maybe shed some light on a few of these tips!) check out our Flickr collection!

Thanks to all of the ISV volunteers who contributed to this awesome (extremely entertaining) list of tips for our future volunteers and of course a massive thanks to Katie Ryan - our volunteer co-ordinator who goes above and beyond! :)

Posted by Volunteer Africa Blog at 12:44 pm No comments:

A Short Introduction to the Xhosa Language

Xhosa is a very unusual language for the Western ear – it is very tonal and consists of several different clicking sounds. And it can be extremely difficult to learn – the consonants have unusual sounds and are very close together, add in the clicks and the challenge is really on!

Read more »
Posted by Volunteer Africa Blog at 10:52 am No comments: